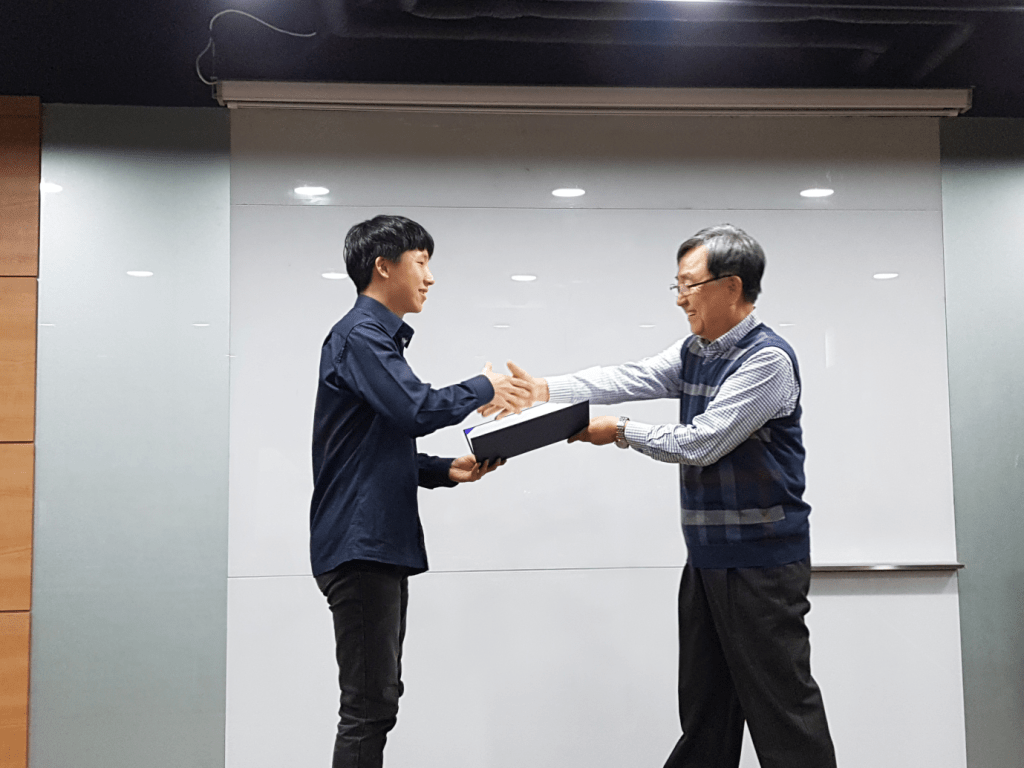 In 2005, Alex Tew, a student from Wiltshire, England, launched a website to raise money for his university education. The website primarily consists of a 1,000 x 1,000 pixel homepage, with each pixel having been sold for one dollar to advertisers to display tiny images with links to their websites. He named his website The Million Dollar Homepage.

But where did that Wikipedia entry come from? In Korean, at least, The Million Dollar Homepage‘s article was written by South Korean Wikipedian Ted Yoo. He created and subsequently improved the article to “good” status, a marker of high quality selected by the community.

“Until I created the page, I believed that the entity was not well known by Koreans,” Yoo explains, “even though the story about it went viral in the western world. I am happy that I could [bring] it to Korean people.”

The Million Dollar Homepage is one of 10,000 pages that Yoo has created on Wikipedia.

Yoo, a native of South Korea, has been editing Wikipedia for over a decade. His edit count, over 300,000, places him on top of the list of Wikipedians by number of edits on the Korean Wikipedia. That long and fruitful trip has included a lot of effort, challenges and fun.

Since October 2007, with a two-year break to do his required military service, Yoo has kept busy creating new articles, helping significantly with content and system message translation, running his bot to help with tedious repeated tasks, and using his admin hat to help keep the encyclopedia free of vandalism.

“The Korean language is spoken by as many as 80 million people,” says Yoo. “Also, Wikipedia is the most active online encyclopedia [in Korean] that involves the collective intelligence. This is why I believe it is essential to contribute to it. However, the size of the Korean Wikipedia is still small when compared to other East-asian languages such as Chinese and Japanese. Lots of articles are still missing compared to the other expert-written online encyclopedias.”

Yoo, who currently works as a developer for a system software development company, decided to join Wikipedia when he noticed a shortage in its Korean technical content. “Religions, medical science, and animals have also been part of my interests,” says Yoo. Today, “there are [few] economics-related articles, [so] that’s why I’m going to focus on [that topic] for this year.”

Contributing to Wikipedia was an eye-opening experience for Yoo as it helped him acquire knowledge about several topics that he wasn’t to think about without the motive of writing. “Adding content encouraged me to gain more knowledge on specific topics,” Yoo told us. “When I add a reference or citation from a library or a newspaper, I understand the context to produce a better content. Also, lots of articles that I created depend on other local wikis, mostly based on translation from other languages… Good to see that my translations are reflected to many open source projects.”

Yoo’s dedication to the prospiration of Wikipedia led him to receiving a major award at the ADIEU 2017, a year-end Wikimedia community celebration event in South Korea (pictured at top).

He is currently working on a project to improve so-called “stub” articles, named for how “stubby” or short they are. He is also planning to do contribute to the Japanese and Chinese Wikipedias.

“My contributions to the other language Wikipedias will be focused on writing and editing articles related to Korea. I am more used to the Korean culture and history. The Chinese and Japanese languages can be a good fit as they have something in common with Korean.” 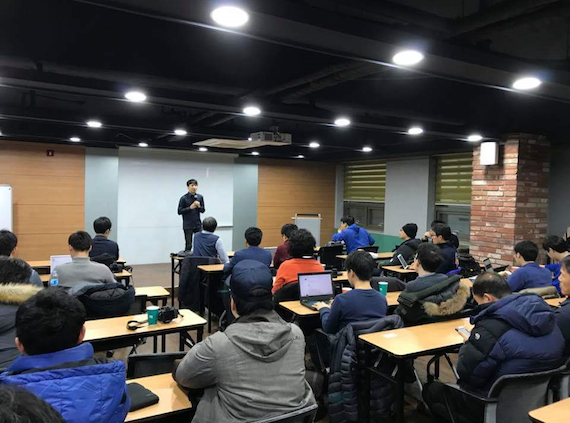 Photo by Matthew Roth for the Wikimedia Foundation, CC BY-SA 3.0.

Earlier this year, Wikimedia Korea was formally recognized as a new Wikimedia chapter to support greater awareness and participation of Wikipedia, the world’s free knowledge resource with more than 50 million articles edited entirely by volunteers, and the other Wikimedia free knowledge projects in South Korea. Wikimedia chapters are independent, nonprofit affiliate organizations dedicated to….