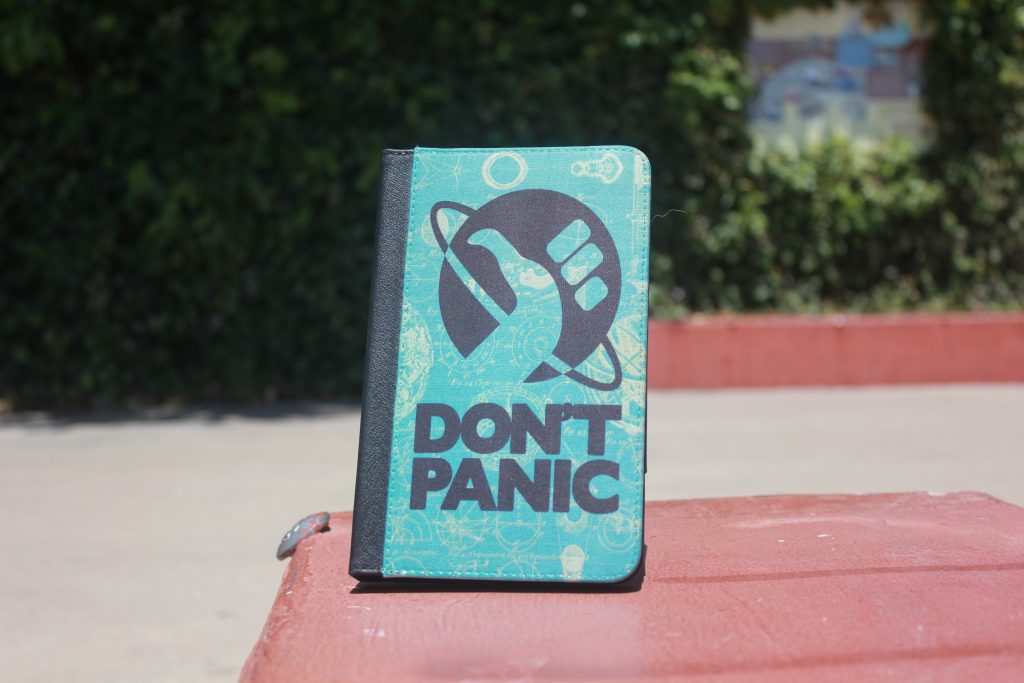 You may have missed Towel Day in late May, but you know that sooner or later someone is going to build an interstellar highway right where you live.

This, or you really liked The Hitchhiker’s Guide to the Galaxy and think it is pretty much a description of Wikipedia that was well ahead of its time. H2G2, as it is often shorthanded, was originally broadcast on the BBC in 1978: in case you missed it, the series (and subsequent books) tell the (mis)adventures of Arthur Dent, last human survivor after our planet was destroyed to make way for a hyperspace bypass, and Ford Prefect, a human-like alien writer for The Hitchhiker’s Guide to the Galaxy. And they start their journey, in fact, by hitching a ride onto a passing Vogon spacecraft.

Believe it or not, it does all makes sense.

Forty years later, there are now almost as many versions of the H2G2 article as there were language editions of the book (about 30). Add a few dozen articles related to the author, the 1984 video game, the radio and movie’s theme tune, and of course all major characters, and you will know more than you ever cared to a few minutes ago. And because we like to do things thoroughly, there are also tributes in Wikidata and even its recent, very beta, lexicographic extension.

The good news (well, at least for the Wiki part) is that there is also a way to make your dream of owning your very own Hitchhiker’s Guide come true: the sum of all knowledge with you, everywhere, without the need for an internet connection (towel not included)!

Enter Kiwix, the offline Wikipedia reader supported by the Wikimedia Foundation and Wikimedia Switzerland, and David Strine, an enthusiastic H2G2 fan, a product manager at the Foundation and enterprising Kiwix user in his spare time.

Kiwix works like a browser, allowing more than 3 million people around the world to store and access on their devices an entire copy of Wikipedia, as well as free-licensed works from the Gutenberg library, TED videos, and much more. Once the content of your choice has been downloaded (or copied from a friend’s), no internet connection is required and you are free to go the the most remote parts of the Galaxy if you so wish (or closer, but just as poorly connected: we know of a couple of Kiwix users in Antarctica, for instance).

Kiwix runs on both Android and iOS and it is, of course, free—as in free speech (ie open-source) and free drinks.

For his own purpose, David used his Nook tablet, but any would presumably do. The whole how-to can be found on instructables and is fairly straightforward: buy a tablet, fit it in a cover, install Kiwix and contents, and you will be set.

A few things to keep in mind:

The closest the Kiwix team ever had to a real-life galactical hitchhiker was a German seaman who would come and download a “fresh” version of Wikipedia every two years or so (and send us a thank you note for the updates). We also have the odd round-the-world traveler who sends a little hello.

But even if you use Kiwix from home or at school, we love stories: we forward them to our volunteer coders so they know their work matters. So if you are a Kiwix user and would like to share some love, do send an email to stories@kiwix.org. We’re looking forward to reading them!