Earlier this year, Wikimedia Korea was formally recognized as a new Wikimedia chapter to support greater awareness and participation of Wikipedia, the world’s free knowledge resource with more than 50 million articles edited entirely by volunteers, and the other Wikimedia free knowledge projects in South Korea.

Wikimedia chapters are independent, nonprofit affiliate organizations dedicated to supporting Wikipedia and its free knowledge mission in their respective geographic regions. The new organization, with an office in Seoul, joins 37 other recognized Wikimedia chapter affiliates around the world.

Today, Korean Wikipedia is the most widely-read language Wikipedia in South Korea with nearly 500,000 articles and more than 70 million pageviews every month. Its articles are written by a community of volunteer editors, or Wikipedians, who together use reliable sources to create and improve articles about a wide variety of topics from science, to pop culture, to the arts.

In the coming year, Wikimedia Korea will be supporting greater collaboration between Wikipedia and universities and libraries, having already hosted a series of lectures and events at Eulji University, Hallym University, and Dangook University. The chapter will also continue connecting and teaching new editors how to contribute to Wikipedia through trainings, in person events, and other initiatives.

This month, the chapter is hosting an online edit-a-thon—an editing event welcoming new and experienced volunteer Wikipedia editors alike—to improve articles on Korean Wikipedia about science and technology. As part of this, the chapter will also be hosting an in-person edit-a-thon on April 27th at Jeongdok library in Seoul to improve articles on these topics. Everyone is welcome to join, and more information on how to get involved is available on the Korean Wikipedia.

“When I visited San Francisco, I spoke with the Executive Director of the Wikimedia Foundation about the need to locally support Wikipedia editors in Korea. I was encouraged by her response, and decided to pursue the chapter recognition process to do just this,” said EunAe, the Executive Director of Wikimedia Korea. “Over the past year, we gained the recognition of Copyright Commission of Korean government and signed the agreement with the Wikimedia Foundation to become a formal chapter. I hope this agreement will further expand the free culture movement and share the sum of all knowledge of in Korea. ”

Wikipedia has long had a presence in South Korea, but this recognition marks an important milestone in the efforts of local volunteer Wikipedia editors to build and grow its impact. In 2014, a community of volunteers came together to launch the first Wikimedia affiliate in South Korea, called the Wikimedians of Korea User Group, an open membership group that supported Wikipedia and the Wikimedia projects in the broader network of affiliates. After meeting a series of stringent criteria created by the broader Wikipedia volunteer community and affiliates, the former Wikimedians of Korea User Group has now been expanded and formally recognized as an independent, nonprofit chapter affiliate called Wikimedia Korea.

In the coming year, Wikimedia Korea will be supporting greater participation in national and global Wikipedia competitions such as the Wiki Loves Monument competition, documenting national monuments to share on Wikipedia and the Wikimedia sites, and the “Wikimedian of the Year” competition which awards active, engaged South Korean editors with a series of prizes for their participation on the site.

“We are thrilled to have Wikimedia Korea join the global network of Wikimedia affiliates, the first chapter affiliate to be announced in four years,” said María Sefidari Huici, Chair of the Wikimedia Foundation Board of Trustees, the governing body associated with recognizing new Wikimedia chapters. “Wikimedia Korea has had a lasting impact in building Wikipedia’s presence in South Korea—from working with educational institutions like Dangook University to supporting countless new volunteer editors in the region through trainings and events. We look forward to seeing the even greater impact this community has as a formally-recognized chapter.” 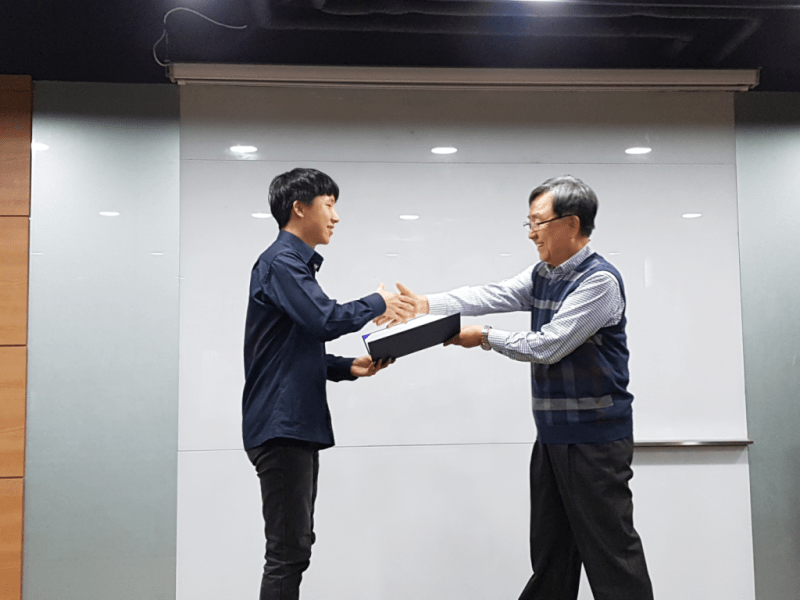 The more you contribute to Wikipedia, the more knowledge you gain: Ted Yoo

It takes years of effort to find yourself on the list of Wikipedia’s most prolific contributors. We talked to Ted Yoo, who has made 300,000 edits on the Korean Wikipedia, to learn about the motivation that has kept him actively editing for so long.