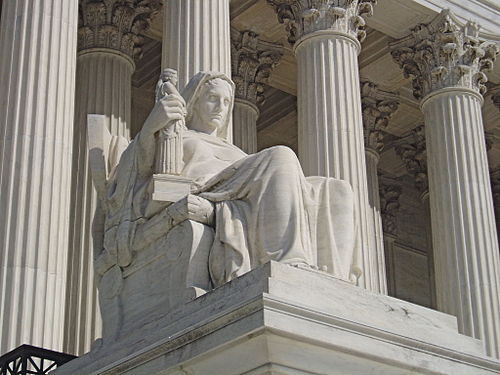 The ACLU and Wikimedia Foundation have filed to oppose the US government's motion to dismiss our case against the NSA.

The American Civil Liberties Union (ACLU) has filed another motion on behalf of the Wikimedia Foundation and our eight co-plaintiffs in Wikimedia v. NSA. We promised to keep the community informed of the lawsuit’s progress, and today we are happy to provide another update.

Wikimedia v. NSA originally began in March, when the Wikimedia Foundation and our co-plaintiffs challenged the United States National Security Agency’s (NSA) large-scale search and seizure of internet communications known as “upstream” surveillance. This lawsuit is part of our ongoing effort to stand up for free expression and protect the privacy rights of our users around the world. In June, we filed an amended complaint in response to the Government’s motion to dismiss our case. As we explained then, motions to dismiss are a basic procedural hurdle common to most lawsuits in the United States.

Last month, as expected, the government moved to dismiss our amended complaint on “standing” grounds. In this type of motion, the government argues that the plaintiffs, including Wikimedia, have not demonstrated a harm that they can challenge in court (i.e., that they do not “have standing”). Yesterday’s filing opposed the government’s recent motion, point by point, underscoring the harm to Wikimedia and the illegality of the NSA’s dragnet surveillance, as spelled out in the amended complaint. It is the result of hard work and extensive collaboration between our excellent attorneys at the ACLU and Cooley LLP, who are representing us pro bono on this filing. The Wikimedia Foundation’s legal team and staff also provided support.

This is just the next step in a long process. The government will have a chance to reply, and then both sides will present oral arguments at a hearing in the U.S. District Court of Maryland on September 25, 2015. Regardless of the outcome, we anticipate other motions before a decision on the constitutionality of the surveillance. We will continue to work with the ACLU and Cooley to put forward the best possible case, and we are eager to have our claims heard by the Court. As before, we promise to post future updates as events unfold.

For more on this case, you can read about mass surveillance and Wikimedia on our new public policy portal or see the pleadings that have been filed to date.

This post has been updated to clarify that Cooley LLP is representing the Wikimedia Foundation on a pro bono basis for this filing, and to change the image, which did not fall under the United States’ freedom of panorama laws.