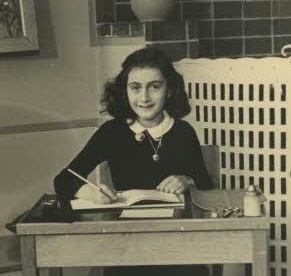 Today, in an unfortunate example of the overreach of the United States’ current copyright law, the Wikimedia Foundation removed the Dutch-language text of The Diary of a Young Girl—more commonly known in English as the Diary of Anne Frank—from Wikisource.[1]

We took this action to comply with the United States’ Digital Millennium Copyright Act (DMCA), as we believe the diary is still under US copyright protection under the law as it is currently written. Nevertheless, our removal serves as an excellent example of why the law should be changed to prevent repeated extensions of copyright terms, an issue that has plagued our communities for years.

What prompted us to remove the diary?

The deletion was required because the Foundation is under the jurisdiction of US law and is therefore subject to the DMCA, specifically title 17, chapter 5, section 512 of the United States Code. As we noted in 2013, “The location of the servers, incorporation, and headquarters are just three of many factors that establish US jurisdiction … if infringing content is linked to or embedded in Wikimedia projects, then  the Foundation may still be subject to liability for such use—either as a direct or contributory infringer.

Based on email discussions sent to the Wikimedia Foundation at legal[at]wikimedia.org, we determined that the Wikimedia Foundation had either “actual knowledge” (i in the statute quoted below) or what is commonly called “red flag knowledge” (ii in the statute quoted below) that the Anne Frank text was hosted on Wikisource and was under copyright. The statute section states that a service provider is only protected by the DMCA when it:

(ii) in the absence of such actual knowledge, is not aware of facts or circumstances from which infringing activity is apparent; or

(The rest applies when we get a proper DMCA takedown notice.)

Of particular concern, the US’ 9th Circuit Court of Appeals stated in their ruling for UMG Recordings, Inc. v. Shelter Capital Partners LLC that in circumstances where a hosting provider (like the Wikimedia Foundation) is informed by a third party (like an unrelated user) about infringing copyrighted content, that would likely constitute either actual or red flag knowledge under the DMCA.

We believe, based on the detail and specificity contained in the emails, that we received that we had actual knowledge sufficient for the DMCA to require us to perform a takedown even in the absence of a demand letter.

How is the diary still copyrighted?

You may wonder why or how the Anne Frank text is copyrighted at all, as Anne Frank died in February 1945. With 70 years having passed since her death, the text may have passed into public domain in the Netherlands on January 1, 2016, where it was first published, although there is still some dispute about this.

However, in the United States, the Anne Frank original text will be under copyright until 2042. This is the result of several factors coming together, and the English-language Wikipedia has actually covered this issue with a multi-part test on its non-US copyrights content guideline.

In short, there are three major laws that together make the diary still copyrighted:

Court challenges to the URAA have all failed, with the most notable (Golan v. Holder) resulting in a Supreme Court ruling that upheld the URAA.

What that means for Anne Frank’s diary is unfortunately simple: no matter how it wound up in the United States and regardless of what formal copyright notices they used, the US grants it copyright until the year 2042, or 95 years after its original publication in 1947.

Under current copyright law, this remains true regardless of its copyright status anywhere else in the world and regardless of whether it may have been in the public domain in the United States in the past.

*Special thanks to Anisha Mangalick, Legal Fellow, for her assistance in this matter.

[1] The diary text was originally located at https://nl.wikisource.org/wiki/Het_Achterhuis_(Anne_Frank).

This article was edited to clarify that it is not just the location of the Wikimedia Foundation’s servers that determine whether we fall in US jurisdiction.