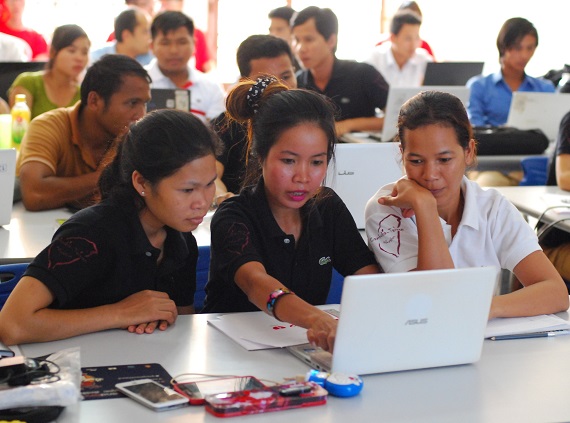 We are excited to announce the successful grantees from the second round of the Wikimedia Foundation’s new Project Grants program.

When we initially announced the Project Grants program earlier this year, we piloted a quarterly schedule for proposal submissions. After two rounds of piloting, we have realized we aren’t sufficiently staffed to support 4 rounds per year. As a result, our existing grantees have not gotten the level of support that we want to offer to maintain the integrity of our programs. Our goal is to not just to offer funds, but to facilitate the growth and success of grantees and their projects. Consequently, we are scaling back to make sure we offer quality support all the way through the life of our grants.

In 2017, we will run two—rather than—four open calls. We have revised the 2017 schedule accordingly, with details about the next round posted on the Project Grants Start page. The Foundation will continue to fund smaller project grants (under $2,000) on a rolling basis through the Rapid Grants program. Assessment of the design of all our new grants programs will be ongoing as we seek to meet the needs of the community and align with Foundation’s resources and capacity. We will be doing a community survey in early 2017 to understand how the changes have impacted our grantees.

Project Grants are reviewed by a volunteer committee currently made up of 17 Wikimedians who come from over 13 different wikis and collectively speak over 15 languages. Outside of our Project Grant committee work, members edit, review, and translate content; help govern local chapters; write software; organize off-wiki events; facilitate workshops; work as sysops and bureaucrats; verify copyright and licensing permissions; draft and discuss project policies; and recruit and welcome new users to Wikimedia projects. Many members also serve as advisors to new grantees, helping to answer questions, connect them to relevant resources, and comment on monthly and midpoint reports.

In this latest round, a total of 21 eligible proposals were submitted for the committee’s review. The committee recommended that twelve projects be funded to receive $194,490, divided into three themes: software, offline outreach, and online organizing.  Here is what we are funding: Offline Wikipedia outreach in Mongolia will integrate offline English and Mongolian Wikipedias into classroom curriculum. Photo by One Laptop per Child, CC BY-SA 2.0. Siko Bouterse and Anasuya Sengupta, founders of Whose Knowledge?, will lead a project to engage marginalized communities in representing their knowledge on the internet. Photo by FloNight, CC BY-SA 3.0.

Among projects focused on innovation, we saw a strong interest this round in supporting users with little or no internet connectivity, with several proposals seeking to improve access to Wikimedia projects through Kiwix, an app that provides offline access to Wikimedia projects.  Within the Foundation, recent research conducted by the New Readers team has sparked fresh discussions about how we can better serve internet users in countries with developing internet access.  Three projects we’ve funded this round will help us probe this question. Kiwix/Offline medical will apply a technical solution, seeking to make it easier to download and regularly update Kiwix-based apps, and building more capacity to display high quality images.  Offline Wikipedia outreach in Mongolia will apply an offline solution, aiming to build curricular infrastructure that would allow offline Wikipedia to be seamlessly integrated into the public education system in Mongolia.  Lastly, though not specifically focused on offline readers, Whose Knowledge? has a complementary goal: it seeks to build a toolkit to engage marginalized communities in a process to identify and fill gaps about their knowledge on our projects.  As additional communities come online, this resource will be one aid to facilitate contributions of missing content most relevant to new readers.

Among projects focused on iteration, we received robust engagement plans from four different Wikimedia movement affiliates.  Wikimedia Belgium, Wikimedia South Africa, the Iraq User Group and the Bashkortostan User Group will all be funded to conduct offline activities including: edit-a-thons, trainings, social meetups, GLAM activities, education programs and campaigns.  We are glad to be able to support the development of movement leaders who are building strong volunteer communities around the world.

We received many compelling proposals this year that the committee decided not to fund. We encourage applicants who were not successful in this round of funding to refine and resubmit their proposals in upcoming rounds or to pilot a smaller project in Rapid Grants. Return proposals that have been revised in response to community and committee feedback are warmly welcomed. The open call for Project Grants 2017 round one will launch on February 13, 2017, with applications due March 14, 2017.

Directly prior to the Project Grants open call, an Inspire Campaign will be launched in January to invite community ideas on engaging and developing partnerships with outside knowledge networks—such as experts, libraries, and cultural institutions—to improve the quality of content in our projects.  These ideas may be developed into Rapid or Project grants in cases where funding is needed.