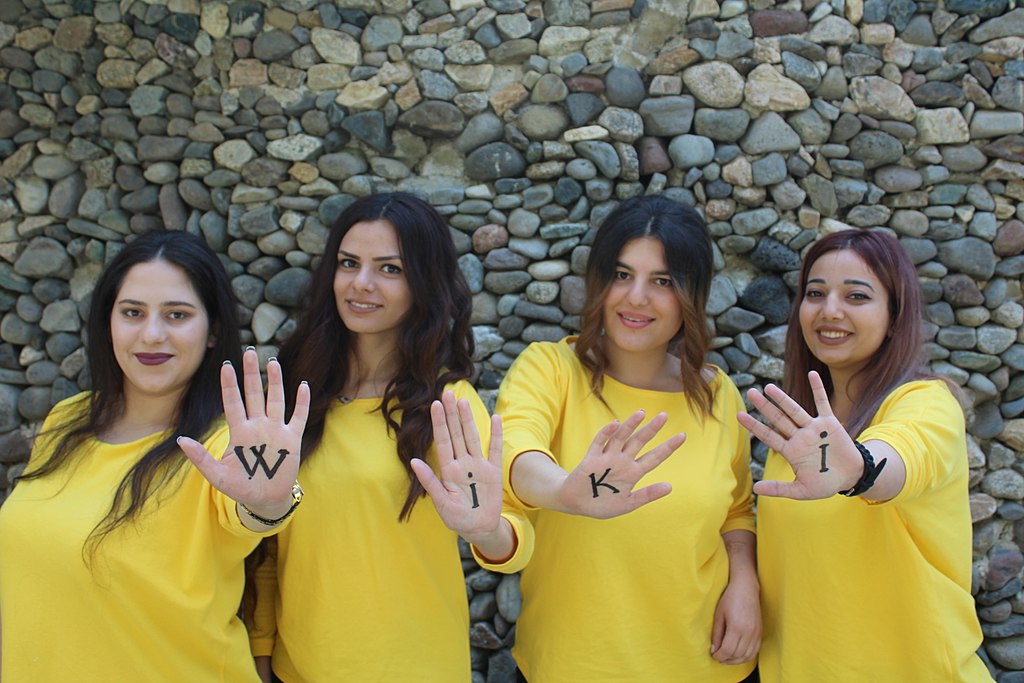 The newly-released report highlights the experiences of 65 Wikimedians working toward gender equity on Wikimedia projects.

In April 2017, the Wikimedia Foundation’s Community Resources team launched the Gender Diversity Mapping Project to gather feedback from Wikimedians at the forefront of gender equity efforts in the Wikimedia movement.  Our plan was to identify active movement leaders and document what they have learned from their work so far.  We had three goals in mind for this project:

In total, we conducted 65 interviews across 29 countries. The principal interviewer was Rosie Stephenson-Goodknight, also known by her editor handle Rosiestep. Stephenson-Goodknight is a co-founder of the Gender Diversity Visibility Community User Group, which strives toward better representation of women, including members of the LGBT community who identify as women, and non-binary genders.

Aggregate summaries from these interviews are now available in a newly released report, Advancing Gender Equity: Conversations with movement leaders.  The report describes the achievements, best practices, and barriers for gender equity work in the Wikimedia context, from the perspectives of some of the most active leaders in the movement. 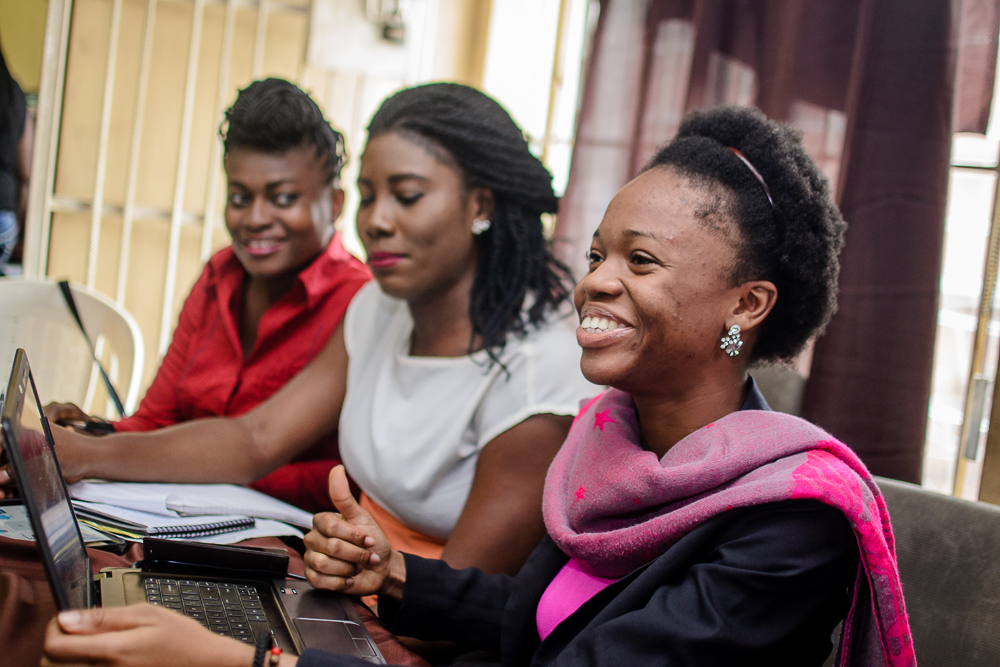 In the inspiring change section of the report, a gallery of 15 projects—ranging from Wikimujeres & Editona to Women’s History Month, India—illustrate the geographic range and diversity of gender equity work in the movement.  This section also explores some of the core values that inspire participants to get involved in gender equity work.  Some of the many motivations include centering marginalized communities and intersectional knowledge, meeting people where they are and celebrating everyone’s contributions rather than creating a hierarchy of participation.

The report highlights six best practices that participants identified as the most effective tactics they use in their gender equity work: 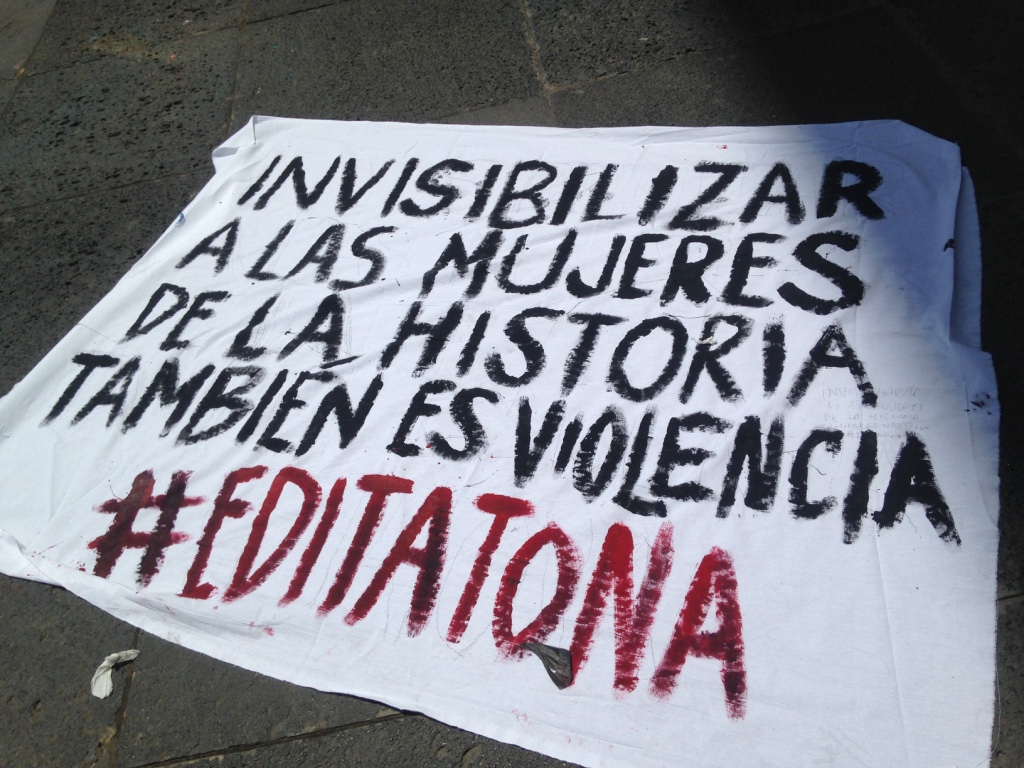 The report discusses the main barriers to gender equity in the Wikimedia movement, focusing on systemic bias in policies, lack of awareness and implicit bias in the community, and poor community health.

Systemic bias in policies: “Notability is a challenge when you are doing any wiki work because of the way it’s structured, it’s geared towards the white male perspective.”

Wikimedia policies replicate the systemic biases of the larger culture. Consequently, social groups negatively impacted by these biases–including non-males and other marginalized groups–are obstructed from full and accurate representation in Wikipedia articles.

Lack of awareness / implicit bias within community: “There is a facade of listening to voices in the community, we don’t honor our women contributors, the marginalized community. We cave in to misogyny without recognizing it.”

Eighteen percent of participants described a lack of awareness shaped by implicit bias as the main challenge to their work.  Implicitly, male perspectives are unconsciously privileged as normal on Wikimedia projects, while alternative perspectives are dismissed, minimized or even outright denied.

Poor community health: “I don’t communicate on-wiki about this stuff. It’s a honey-pot for trolls.”

Fourteen percent of participants described poor community health as the major challenge they face, pointing to harassment, a lack of support for gender equity work and a lack of gender diversity in leadership as prominent themes.

Further highlights from the report will be shared with the Wikimedia movement through a virtual community event on 9 October. In the coming months, we hope to simplify some of the information included in report to make it easier to share through social media.  We envision infographics, a reusable slide deck and other materials that Wikimedians can use to share ideas across their Wikimedia communities.  We hope that by making this information as widely available as possible, it will encourage more people to help advance gender equity.

The Advancing Gender Equity report describes much that we can celebrate about the work of dedicated advocates who are changing the Wikimedia landscape into a more inclusive space—one that better reflects the full diversity of human knowledge.  However, it also delivers a troubling message about the ways that Wikimedia projects and communities are deeply shaped by structural and social inequity that privileges some groups of people over others.  The Wikimedia movement invites the world to imagine a world in which every single human being can freely share in the sum of all knowledge.  If that’s truly our commitment, then this report delivers a sobering call to Wikimedians to do more to prioritize the knowledge and communities that have been left out by structures of power and privilege.  Our strategic focus on knowledge equity signals that we are collectively turning toward this challenge with new focus, and we hope this report can offer Wikimedians concrete insight into where to apply their efforts.

This blog post has been updated to add the upcoming community event on 9 October 2018.