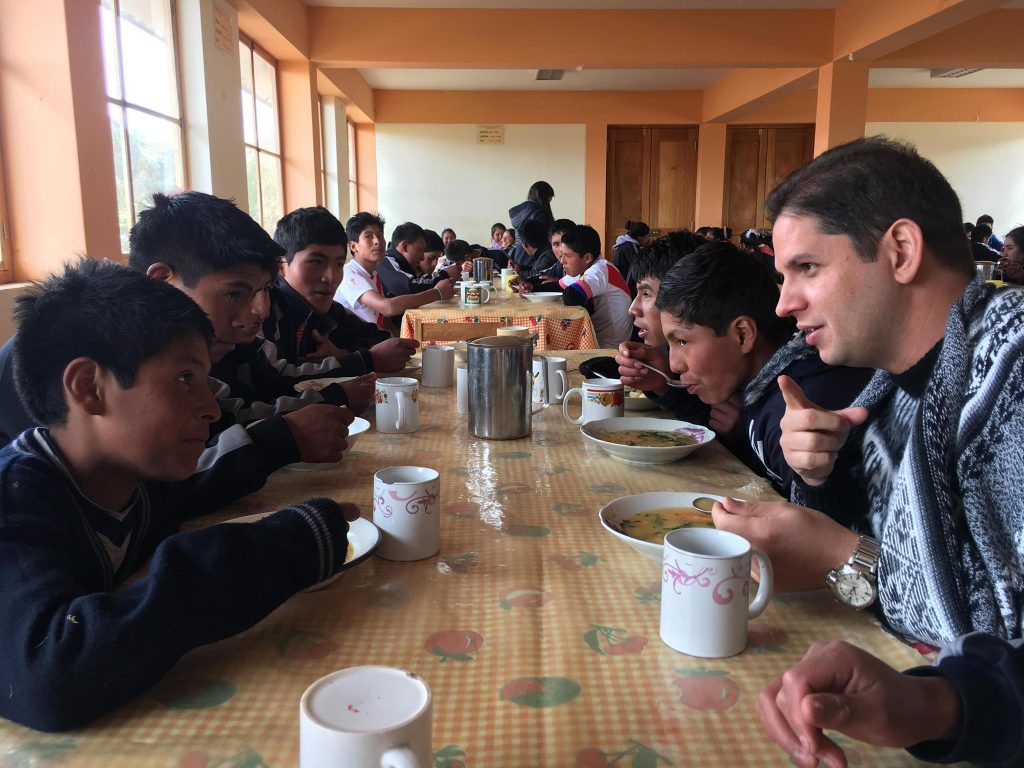 For many years, the Wikimedia Foundation’s vision statement has asked us to imagine how the world would be changed if every single person on Earth had access to the “sum of all knowledge”—but because Wikipedia is a web project, only those with internet access could reach that knowledge. That’s left billions behind.

Anne Nelson, who teaches at Columbia University’s School of International and Public Affairs in New York City, is looking for ways to bridge this digital divide. Nelson was one of the first professors at Columbia to use Wikipedia in her classes, and quickly became intrigued by its potential for spreading knowledge within emerging nations.

Last year, Nelson and a team of graduate student researchers partnered with the Peruvian Ministry of Education and educators in Cusco—the historical capital of the Inca Empire, now at the heart of the Quechua-speaking region of Peru—to connect students with offline versions of Wikipedia.

Located high in the Andes Mountains, many people in and around Cusco have poor access to the internet. The forbidding terrain blocks cell signals, and even if they didn’t, most people lack the resources to pay for a large data plan. The ground and remote location also makes it cost prohibitive to install the infrastructure required for wired internet service. 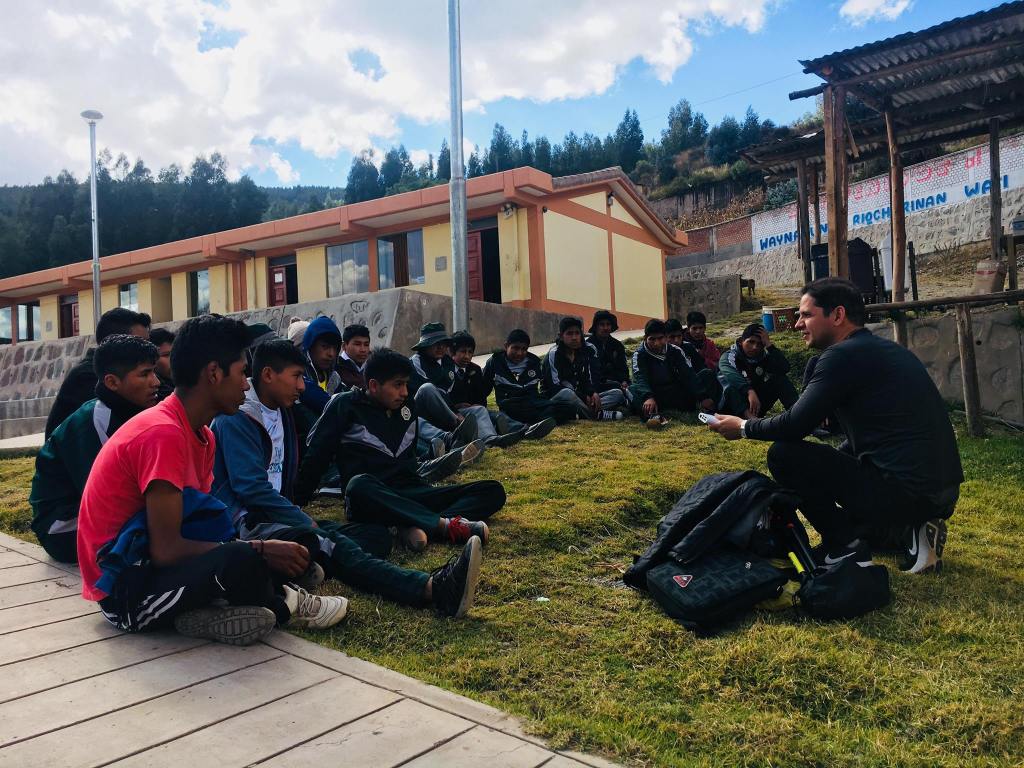 Facing this challenge, a member of Nelson’s team visited Peru in 2017, where she introduced so-called “Internet-in-a-box” devices to officials at the Ministry of Education. These are essentially Wi-Fi hotspots that use Kiwix to serve up pre-loaded content instead of internet web pages.

One year later, a new team traveled to Cusco and other remote regions at the invitation of the education ministry to introduce the devices on a local level. The students worked alongside Peruvian educators, studying the needs and user behaviors of the local populations. Many of their schools, for instance, emphasize vocational education, and one runs a small educational farm with an area set aside for raising cuy, a breed of guinea pigs and an important source of food in the region. The Columbia group found that the teachers here were excited to trial new educational materials that could help their students learn more about these animals and their cultivation.

This experience led Nelson to realize that the Internet-in-a-box devices needed to host videos on the best ways of cultivating cuy (and other agricultural activities) that could help the students learn how to grow an ever-greater variety of foods.

In the summer of 2018, Harold Cardenas Lema, a Columbia graduate student, packed up five of those Internet-in-a-box devices and deployed them in some of the most remote schools around Cusco. The results were exciting, to say the least. “It was a transformative experience,” Nelson says, and points out that the Internet-in-a-box are still in use today.

One of the major reasons why is the content changes implemented after the spring 2018 test case, which have proven to be some of the most popular content on the devices. It’s a point for Nelson, who told me that “one problem with educational technology is the one-size-fits-all approach, [even though] different populations have different needs that are only discovered by field research and ongoing communication.  I wish every Wikipedian could see the faces of the Quechua teachers light up when they first see Wikipedia articles on cuy in Spanish, and the history of the Incas in Quechua.”

Nelson’s graduate students have also worked with Dr. Sam Zidovetski, the Mount Sinai Global Health team, and Dr. James Heilman of the Wiki Project Med Foundation to trial similar Internet-in-a-box devices in the Dominican Republic. These hotspots were filled with medical articles in Spanish and Creole. (Dr. Heilman is also a current member of the Wikimedia Foundation’s Board of Trustees.) 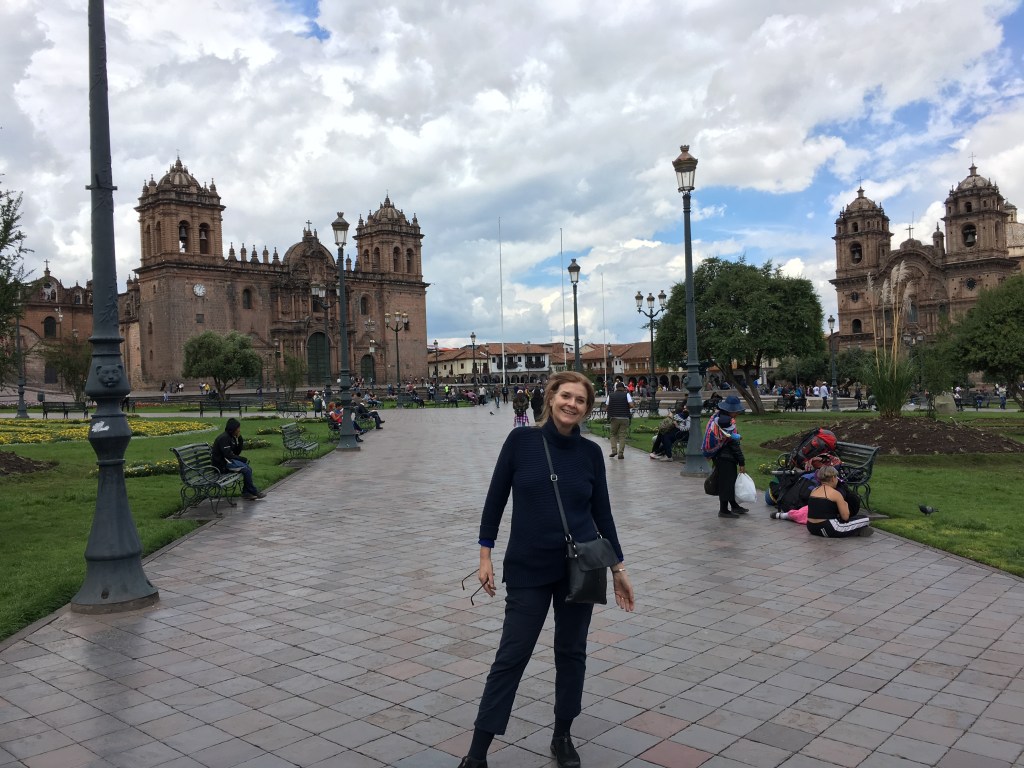 I asked Nelson about her inspiration for the project, and she said that it extends back to one of her first jobs:

I began my career as a journalist covering the wars in El Salvador and Guatemala in the early 1980s.  I spent a lot of time in the countryside with indigenous people and peasants and saw how deprived they were of information and educational resources (along with other basic needs).  That experience stuck with me.

When I began to teach journalism and digital media at Columbia, I always kept the focus on what could be done working with developing countries. Fast forward almost forty years, and I’m leading a Columbia graduate research project on digital media in Cuba.  Our team observed that the Cubans, desperately poor in infrastructure, had devised some clever and economically efficient ways to share information offline through an USB distribution system they called el paquete (“the packet”).  When I presented our research at [the 2016] WikiConference North America in San Diego, [Wikimedia community member] Lane Rasberry told me “You have to meet Adam Holt!” This led to a collaboration with Holt’s Internet-in-a-Box project.

The lead researcher on the Cuba project was Mariela Machado, a Venezuelan telecommunications engineer.   Mariela and I partnered to oversee another Columbia team the next year in the Dominican Republic, with friends at the Mount Sinai Global Health team. That led to the invitation from the Ministry of Education in Peru to test it in Quechua schools in the Cusco region. The summer extension of that research was conducted by Harold Cardenas Lema—whom I had recruited for Columbia’s School of International and Public Affairs (SIPA) when I met him in Havana the first year of the research.

As an educator, I believe that sharing the values of cooperation and supporting the careers of brilliant young people like Mariela and Harold are vitally important.  I firmly believe in putting them in problem-solving situations in the field, face-to-face with our local collaborators. Everyone benefits.

Looking forward, Nelson is eager to see the dissemination of research related to this pilot project, which she hopes will generate interest in expanding the project. “As academic field researchers,” she explains, “we can provide information and contacts to leverage projects, but we’re not set up to be implementers.” Cardenas Lema will likely be exploring a similar project in his native Cuba after his graduation from Columbia in a few months. All of the material from the three years of research will be available under a free Creative Commons license.

One way they’re spreading these results is through the a video with SIPA’s Picker Center Digital Education Group. Produced by Adam Stepan, formerly of PBS and the Discovery Channel, the video was shot by student teams on mobile phones with cheap stabilizers. It premiered at WikiConference North America 2018, held in Columbus, Ohio.

“This video will allow us to share our findings with a wide variety of people, including our Quechua partners in Peru, and hope that it will encourage others to build on our findings,” Nelson says. You can watch it now at the bottom of this post.

Nelson is also eager to study the educational benefits of the Internet-in-a-box devices compared to consistent access to the internet. “I’ve realized how profligate our use of digital resources is,” she told me, likening it to leaving a sink running 24 hours per day on the chance that you’ll want to drink from it. “Educators at every level, including graduate school, struggle with students who are distracted by the internet and social media, both in and out of the classroom. The ‘closed environment’ of the Internet-in-a-Box project means that if the students are connected, they are connected to educational material instead of the distractions of social media.”

The Wikimedia Foundation supported this research with travel grants, and you can learn more about how we support pilot projects like this in our 2018–19 annual report. The video below comes from Columbia University’s School of International and Public Affairs, and is freely licensed under CC BY-SA 4.0. 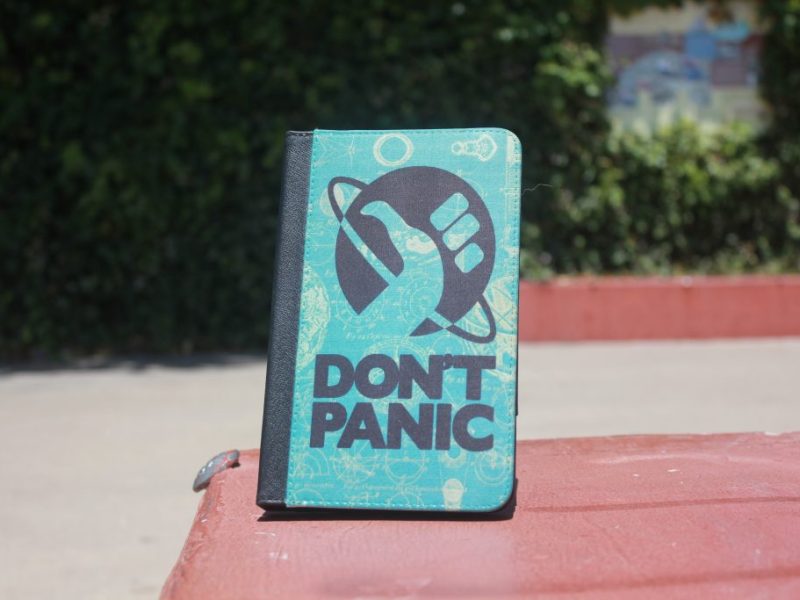 Don’t panic! Build your own Hitchhiker’s Guide with Wikipedia

Community From the archives Technology Wikipedia